Political season is in full swing, and all of us are drowning in a sea of caustic opinions from news, social media, and twitter feeds. Everywhere we look we have republicans screaming about how Hillary Clinton is corrupt, and democrats shouting that Donald Trump is a racist ginger. People lob insults back and forth while debating whether or not to let in Syrian refugees, or where we should stand on climate change. We always tend to think we are right, and our opponents, a group of depraved morons. But no matter where we stand on the current issues, there is some issue — perhaps one that we haven’t even considered — that all of us take for granted as being perfectly reasonable, but in truth, it is absolutely abhorrent. Or at least, the people of the future will think so.

A mere few decades ago homosexuality was looked upon as a mental illness, and it was hard to imagine a future where the majority of American citizens would support gay marriage. 60 years ago people thought it was OK that black people shouldn’t be allowed to drink from the same water fountains as white people. 100 years ago, a man so widely respected that a giant sculpture of his face was carved into the side of a mountain, proudly stood photographed over the trophy lion he had hunted.. 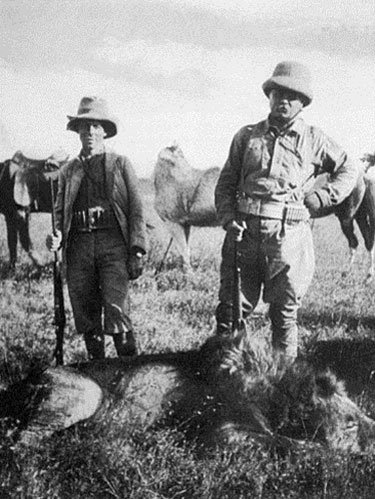 A year ago a dentist killed a lion named Cecil and became the most hated man on the planet. He had to shut down his dental practice over death threats. A talk show host cried on live television over what he had done.

200 years ago, another luminary of Mt. Rushmore, Thomas Jefferson, owned slaves. 400 years ago little girls were hung for being witches. 2,000 years ago people gathered in enormous coliseums and cheered as they fed people to lions for entertainment.

Are we to believe that in the year 2016, we have transcended all ethical debauchery? Looking around the world, clearly we have not. But I propose, that it doesn’t matter how smart, educated, or progressive you are, there are some beliefs that you hold now, that the people of 2316 will think are pure evil.

What could those beliefs be?

Will the people of the future think it ridiculous that we fought in wars or had armies at all? Will they look at our wealth inequality in the same vein that we view slavery today? Will they consider feeding our children Twix bars until they become diabetic rolly-polly’s child abuse?

What do you think? What will the people of the future have to say about us?

2 Replies to “Are We All Ethical Monsters?”