Skip to content
I was listening to Tim Ferris’s podcast with Arnold Schwarzenegger where the Terminator mentioned this stat, saying it was by far the biggest environmental problem we face today and his current mission to help stop it. He wasn’t making these numbers up. Air pollution kills through lung cancer and heart disease. For those that don’t die, air pollution is also responsible for a huge increase in asthma nationwide.
“Researchers from MIT’s Laboratory for Aviation and the Environment have come out with some sobering new data on air pollution’s impact on Americans’ health.
The group tracked ground-level emissions from sources such as industrial smokestacks, vehicle tailpipes, marine and rail operations, and commercial and residential heating throughout the United States, and found that such air pollution causes about 200,000 early deaths each year. “
http://news.mit.edu/2013/study-air-pollution-causes-200000-early-deaths-each-year-in-the-us-0829 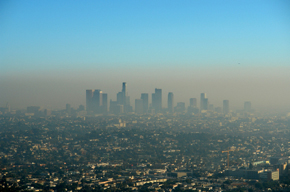